Along with the fully digitalized ACI marina Rovinj as the most technologically advanced Adriatic marina and the future ACI marina Rijeka, which is yet to see the light of day in the nautical tourism port Porto Baroš, ACI introduces one of the most special pearls of the Mediterranean – ACI marina Skradin.

This historic Croatian town was the first in the country to take significant steps in the implementation of smart infrastructure, and this example is very much followed by the picturesque marina, located in its heart. Thus, at the beginning of June, a demonstration of underwater robotic and sensor technology was successfully held at the ACI marina Skradin. numerous others. This June, the Innovamare project brought together stakeholders developing innovative robotic and sensory solutions in Šibenik and presented new technological solutions developed through the INTERREG V-A Italy-Croatia Cross-border Cooperation Program to the Šibenik-Knin County Prefect and other stakeholders.

The focus of the program is primarily on the exchange of knowledge and experience, development and implementation of pilot activities, testing the feasibility of new policies, products and services and supporting investments. This program therefore primarily contributes to ‘blue growth’ in both countries and promotes joint monitoring of climate change and the prevention of natural risks. On this occasion, the gathered also visited the ACI marina Skradin, where a demonstration of underwater robotic and sensor technology was held, with which students and teachers of the nautical department of the Traffic Technical School Šibenik were later introduced.

Moreover, ACI marina Skradin is in the process of signing an agreement on the integration of new digital technologies into its infrastructure, which outlines the overall aspiration of ACI toward the development of digital and green business models. One of the best examples of this, as well as proof that ACI ranks alongside the world’s best companies in the field of nautical tourism, is currently ACI Marina Rovinj – a fully digitalized marina and the holder of the prestigious five anchors. Its technological advancement is reflected primarily in the advanced metering system that provides smart solutions for managing energy and water consumption per pier through automation and sensors. This is an example that will be followed by other ACI marinas throughout the Adriatic, and especially the future ACI marina Rijeka, which will soon see the light of day as the most technologically advanced marina in the entire Mediterranean. 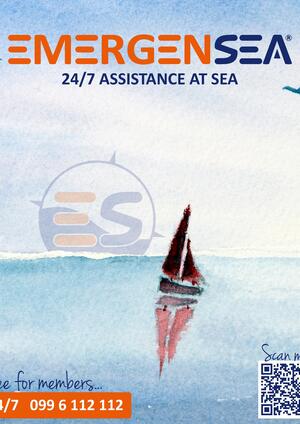