The foreplay for the 36th edition of the America's Cup kicked off on January 15 with a qualifying PRADA Cup that will ultimately, on February 22nd, produce a challenger to the title defender Emirates Team New Zealand.

Three teams: Luna Rossa Prada Pirelli, New York Yacht Club American Magic and INEOS Team UK are participants in this year’s PRADA Cup which takes place in three stages. The first stage of the PRADA Cup consists of four Round Robins with three races each. Each team enters duels with the remaining two competitors four times, bringing a total of 12 matches. The challenger with the highest score at the end of the round Robins will automatically reach the PRADA Cup final, and the remaining two teams will race again in the semi-finals of seven races and the final will be won by the team that wins four points. The final race between the two leading teams will begin on February 13th. The first team to score seven points will win the PRADA Cup and face off in the America’s Cup duel with defending champion Emirates Team New Zealand starting March 6th.

A dramatic, high-speed capsize and near swamping in preliminary America’s Cup racing has left US challenger Patriot damaged, with team America’s Magic vowing a return to the competition, and Team New Zealand vowing to help make sure that happens. Patriot has a huge hole in the hull to be fixed and will need a total electrical rebuild to be ready for the Prada Cup semifinal that starts on 29 January. Having lost its first three races in the Prada Series, Patriot was leading Italian challenger Luna Rossa in the Hauraki Gulf when it capsized rounding the final mark, according to the Associated Press. The US team attempted a complicated manoeuvre at high speed but was caught by a sudden blast of wind and soared out of the water before tipping over on its port side. The 11 crew were aided by other competitors who rushed to assist, along with police, fire and race rescue boats. Team New Zealand towed Patriot back to port, earning skipper Terry Hutchinson’s praise for the way the Auckland maritime industry and their cup rivals had instantly offered their services. He described it as an “element of sportsmanship that is the highest level”, according to Stuff.co.nz.

“As competitors, the majority of the time we argue with each other about things that are just about racing sailboats, we argue to get our points across. But today you could not come across more sportsmanship or more generous teams than we have around us,” Hutchinson said.

“With all the sincerity in the world, they extended pretty much all the facilities for us to use to rebuild Patriot.”

Hutchinson emphasised fixing the hull would be the easy part. An ultrasound of the hull began at 3am on Monday and took seven hours, giving them some reassurances.

“If you have concerns or worries, it is dealing with what is inside the boat… the hardest part is the electronics. That is going to be a big job.” 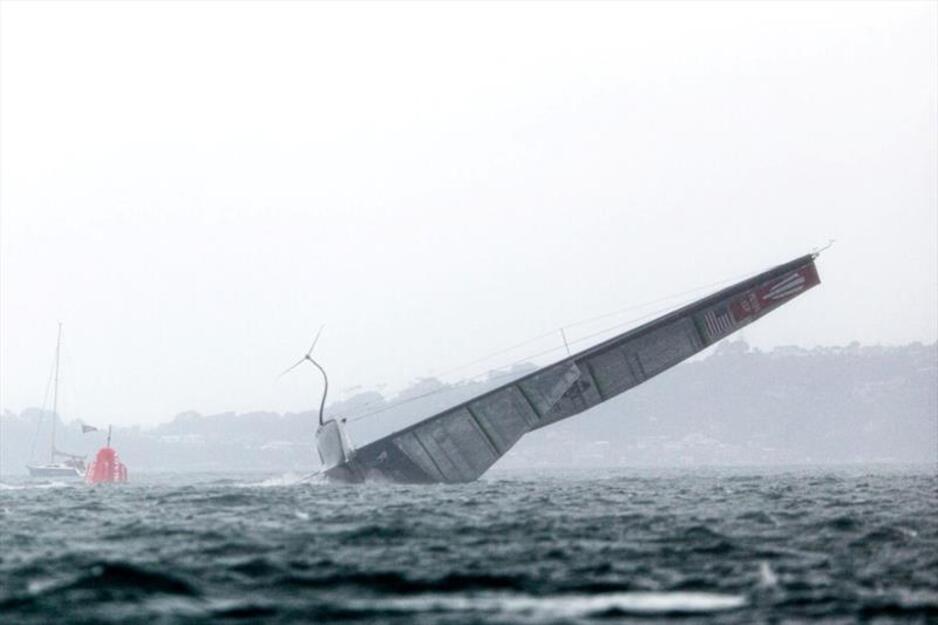 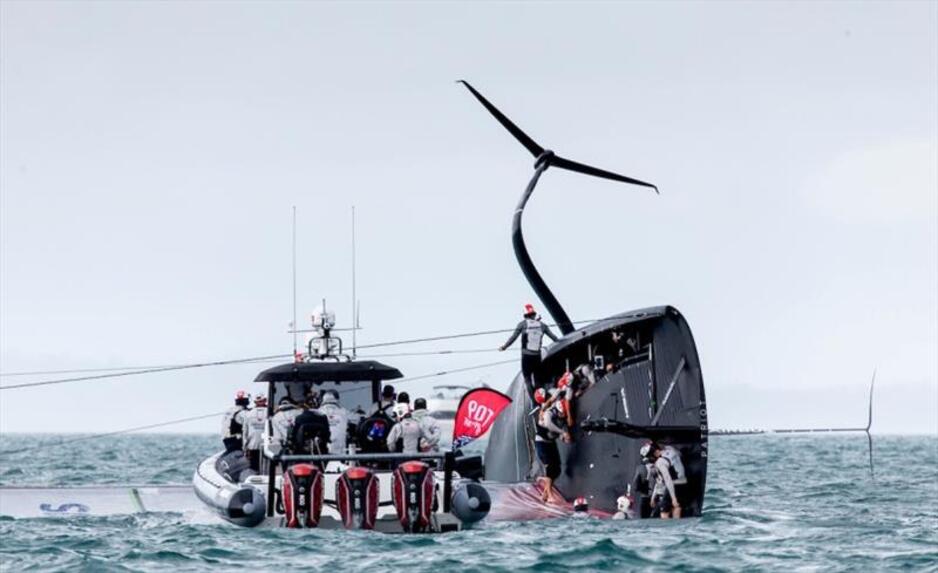 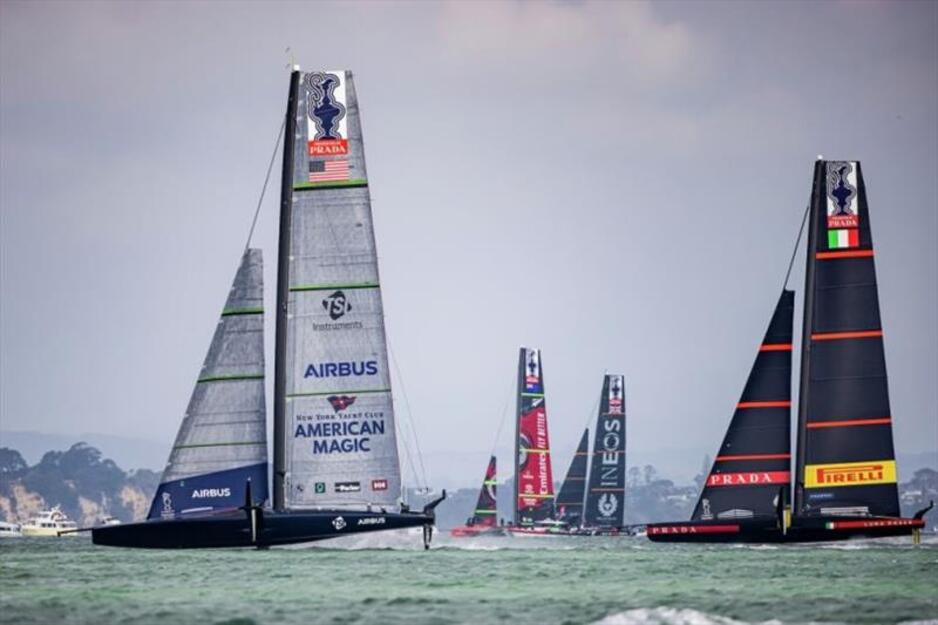